NatureCur; When to use it

NatureCur; When would we use it

Let’s discuss Nematodes for a minute.

Nematodes where once considered a problem that only affected golf courses in the southern united states. Now, however there is increasing concern about nematodes among golf course superintendents nationwide.

Sand based golf greens provide an ideal environment for nematodes. Greens provide the nematodes with a uniform host along with a long growing season. The soil makeup is 75% to 95% sand, which provides ideal pore space for oxygen, water and nematode mobility, and the greens are watered frequently, and nematodes need moisture for mobility. The widespread adoption of sand-based putting green construction has been a contributing factor to the increased frequency of nematode issues. 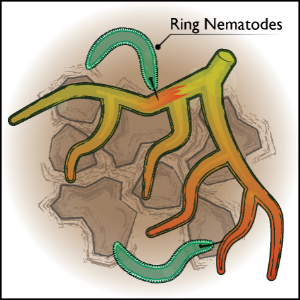 Ring nematodes: very common, ectoparasitic, that are named for the distinct ring like ornamentation of their cuticle. 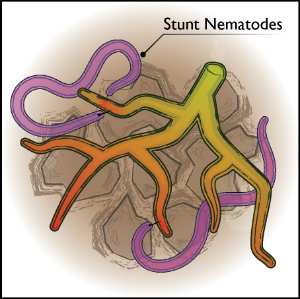 Stunt nematodes: very common, ectoparasitic of grasses and other plants. 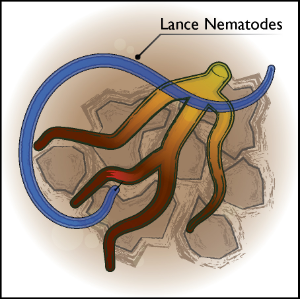 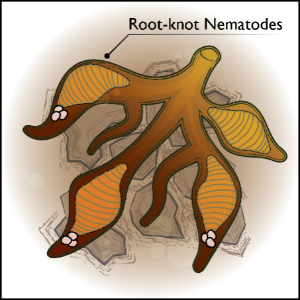 Root-knot nematodes: endo parasitic and are probably the most important nematode world-wide with respect to crop losses in agriculture. 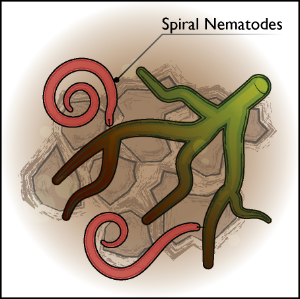 Spiral nematode: named for their propensity to coil into a spiral shape. Feed on a wide range of host, besides grasses, but do not appear to be overly damaging to turf. 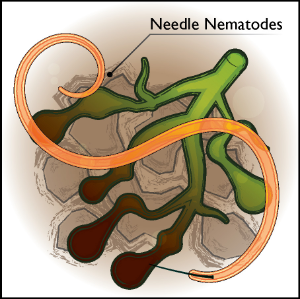 Needle nematode: ectoparasitic has a very long stylet and tends to feed on root meristems resulting in swelling of the root tips.

These nematodes can weaken turf roots, making them less efficient at translocating water and nutrients. In severe cases, nematode activity can cause turf to wilt, decline, induce disease pressure and even die. Even when nematode damage is less severe, it can make turfgrass less tolerant of environmental stresses.

Roots that have been damaged by nematodes are less able to extract nutrients and therefore contribute to fertilizer leeching.

These pictures below are from a golf course in Columbia, Missouri. Bent grass greens, sand based, with high counts of Ring, Stunt and Lance nematodes on the Nematode Assay, done by Pathologist Dr. Barb Corwin at Turfgrass Diagnostics.

Stay up-to-date with the latest news, tips, and knowledge from the experts at Redox.